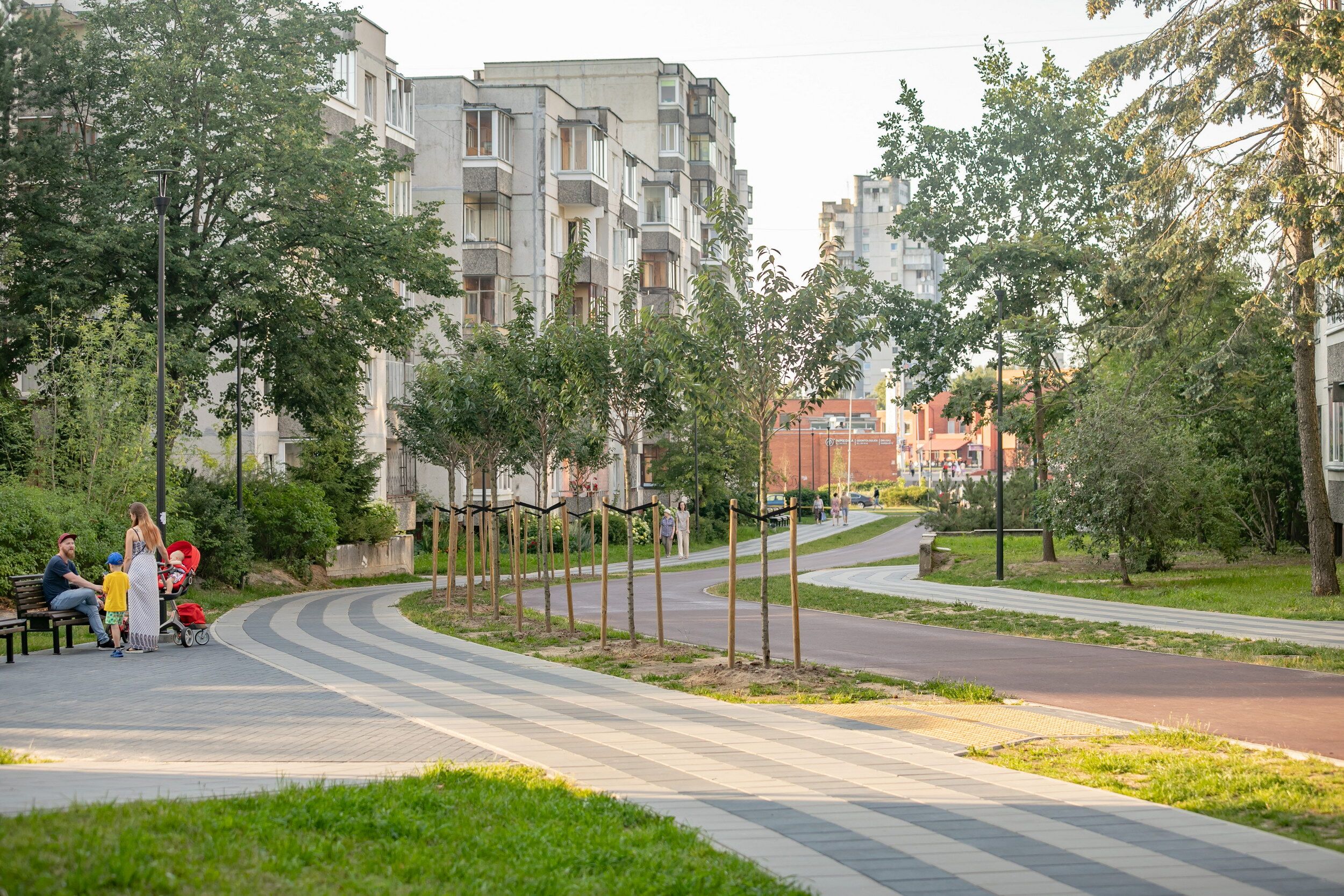 Vilnius and its 1970s-built residential district of Šeškinė will double as the Swedish city of Malmö, where the protagonist, detective Kurt Wallander, lived. The producers behind the show praised Vilnius and Šeškinė for huge cinematic potential, diverse settings and landscapes, and a film-friendly environment
The filming of Young Wallander, an upcoming Netflix Original series, started in Vilnius, Lithuania at the end of this August. The show is based on the best-selling books by Henning Mankell, a popular Swedish author. The Lithuanian capital is to be reimagined as the Swedish city of Malmö, where the protagonist, detective Kurt Wallander, lived.
The story of Kurt Wallander is set in contemporary Sweden, where now-iconic detective character, a recently graduated police officer at the time of the narrative, works his first case while struggling to overcome both personal and professional challenges.
Being filmed in Vilnius, the show joins the likes of HBO/Sky’s Chernobyl (2019) as another significant title choosing Vilnius as its backdrop. According to the producers behind the new production, the city’s reputation as a film-friendly city, together with its offering of diverse locations, were the decisive factors when selecting Vilnius.
With its huge cinematic potential and diversity of settings and landscapes, the city acts as a perfect backdrop for the Swedish-set narrative. Offering an abundance of compelling locations, from moody and dark alleys and disused prisons to shining trendy restaurants, it provides the wide-ranging look and feel the creators of the series were after.
Per usual, visitors in the Lithuanian capital are dazzled by its historical Old Town streets and architecture, but the Young Wallander will showcase another side of the city, as it will be set in one of the residential neighbourhoods, Šeškinė, built in the late 1970s by the Soviet regime.
The Director of the Vilnius Film Office, Jūratė Pazikaitė, commented on the tendency of film producers starting to discover other faces of Vilnius:
“We are glad that filmmakers are starting to discover not only the Old Town but other areas of Vilnius, too,” said J. Pazikaitė. “HBO and Sky found Chernobyl’s Pripyat in the Vilnius residential district of Fabijoniškės, while Netflix reimagined Vilnius University Botanical Garden as Tokyo in their Tokyo Trial. Another Netflix’s series, The Last Czars, found a home in Vilnius-located Pushkin Museum, among other locations. We are really pleased that Vilnius city’s diverse nature is capable of providing a backdrop for another hero’s story, as is the case with Young Wallander, which will be filmed in the residential district of Šeškinė.”
Jonas Špokas, the CEO of Baltic Locations and the supervising location manager for Young Wallander, commented on the process behind Šeškinė becoming the selected setting.
“While trying to find Malmö in Vilnius, we scouted and debated several Vilnius districts. The director decided to go for Šeškinė based on how strong of an impression the surroundings of it made on the screen. To make it as immersive as possible, the scenes of inside Wallander’s flat will be filmed in one of the flats in the district. A peek through the window provides the same view we are to witness in the crucial scenes happening outside. As a result, the viewer will be able to get immersed in the story more, as details like that add layers of realism.”
Some of the crucial scenes are set in a residential neighbourhood, and while the filmmakers wanted something with a certain appearance, it also needed its own history. Šeškinė district, apparently, has it all: the buildings are incredibly cinematic, with numerous shooting angles and creative options. In Vilnius, the moviemakers need not look far to find the edge, beauty and rawness they are after.