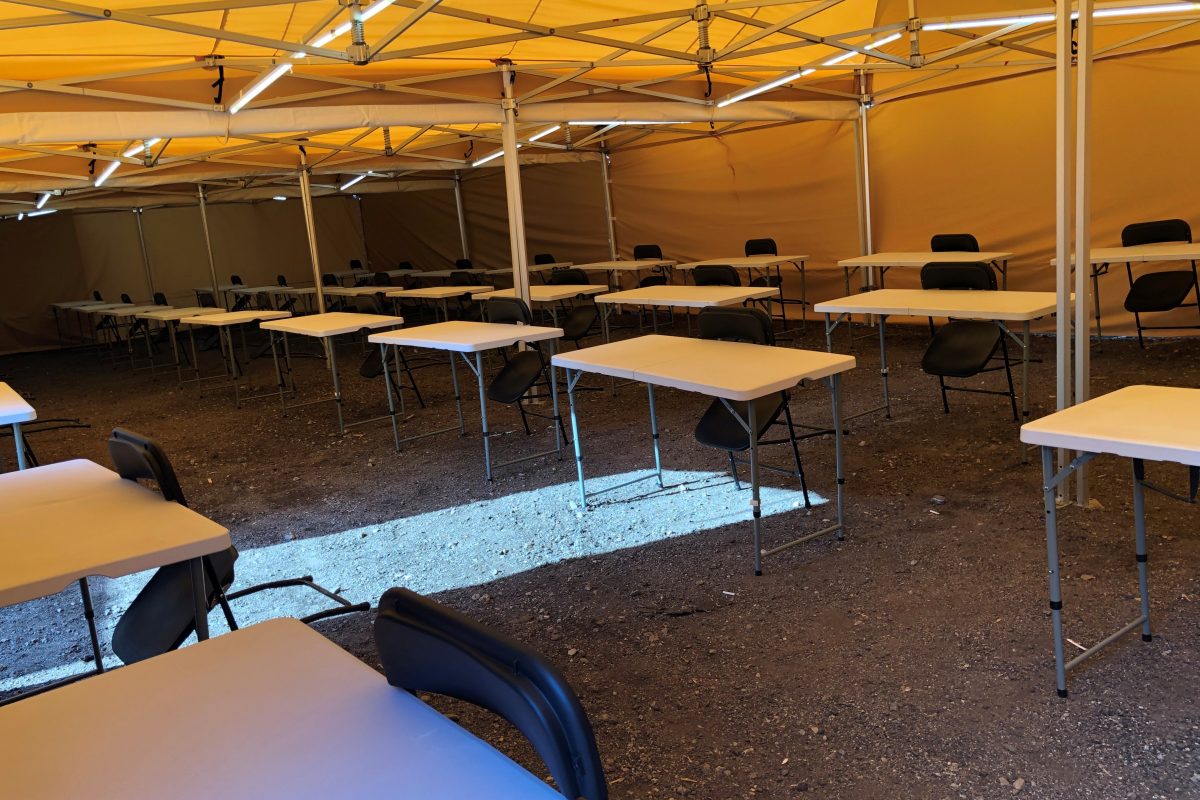 One of the leading Norwegian film production companies Maipo Film are working on the second season of State of Happiness / Lykkeland in Vilnius. Filming at the Lithuanian capital has begun in the beginning of March and will last until the end of April. The creators of this 8 part series are working in Vilnius not for the first time, – the Norwegian director Petter Næss last year filmed Nothing to Laugh About, telling the story about performers of the stand-up-comedy genre, and the producer of the series worked on Diana’s Wedding which was filmed in Anykščiai, Trakai and Vilnius. Filming at the capital is organised by the Lithuanian film production company Artbox. It is obvious that the whole film industry has experienced great challenges in the face of Covid-19 pandemic, both at funding and organisational level. About this, how does the filming process work during the quarantine and what are the safety protocols working with international projects we talk with Artbox Producer Violeta Drazdauskė:

“We, the filmmakers, are being far more cautious than we are obliged by the Government decisions. At the moment we follow not just the national, but also international Hollywood practice, which orders us to look at each person as a potential danger. At the time when the pandemic had just begun there were numerous discussions taking place internationally with partners and associations, on what would be the safest way to ensure safe conditions on set.”

Film industry in the whole world is one among many that have suffered the most during the pandemic, and just like the whole culture and creative sector, the operation of which had completely stopped during the first wave of the pandemic, before the sector had a chance to recover, the second, third waves came upon us and various events and concerts are still not allowed.

During the second wave filming took place and was allowed, this is way according to V. Drazdauskė, in this much time a safety practice has already been established and the members of the team are now used to following the safety rules.

“During filming we all wear not medical masks, but KN95 respirators, which are more protective. Also, they remain better attached to the face and there is less chance of them slipping off, thus at least at our filming locations we have no problems regarding masks” – she said.

The most important aim during work on the set – is not to get infected, also at the same time it is particularly important to protect the people working closest to the camera, meaning the director and actors, who whilst acting cannot wear masks and who cannot be replaced by other people.

Artbox producer Violeta, told that even before commencing work on set, during the preparation stage, the film crew are already tested regularly (PGR tests), people are assigned to a specific colour coded zone, each film/series team is assigned to a specific inner social bubble. On set people are sorted according to colours: green, yellow and red, thus aiming to avoid unnecessary direct contact. An employee upon arriving on set has to be registered at the Covid-19 safety supervision tent, respond to questions, whether they had contact with individuals who have Covid-19, whether they have temperature, or feel poorly (control questions) and to receive their zone marker according to colour, which has to be worn on a visible place during the whole filming time. Hands are disinfected, each employee receives a brand-new respirator. In the next Covid-19 safety supervision tent testing is conducted.

“Testing takes place daily for each individual working on set (tested by the rapid antigen test). If you’re “clean” – your test was negative, you can go to work. All new members of the team, and those who fly between countries are always tested using the PGR test” – V. Drazdauskė shared about the structure of following the safety rules.

Catering on set is organised in such a manner so that each individual has their own table. “In the catering tent everyone is seated strictly like at school desks, all facing the same direction, distances are maintained between individuals. One can only sit at a table, that has a chair leaning against it, if the table and chair stand apart – it means they haven’t been disinfected yet and sitting there is not allowed. Only one person can eat at one table at the time” – told V. Drazdauskė. If previously food was provided in a buffet style and everyone would waste their lunch break standing in the queue while their colleagues chose their food, and at the lunch table work questions would be discussed, now the process is much quicker: you came – you ate – you left. According to Artbox Producer, it is hoped to maintain this practice in the future.

Lunch time is distributed according to zone colours, so that people from different inner circles do not meat, thus distributing the flow of people and reducing the number of individuals present at any given time.

“When issuing permits for filming we have noticed that the filming workspace has increased, plus the number of spaces reserved for cars has also gone up. This is directly related to limitations on how many people can be in the same car, which naturally means renting more vehicles, and if previously a single lunch tent was sufficient, now we have to build a “town” of 5 or 6 tents” – spoke, Director of the Vilnius Film Office, Jūratė Pazikaitė.

A new position has appeared on set – “Covid safety supervisor” and there is a separate team of individuals who test the team daily, conduct the registration of all individuals working on set, control the maintenance of safety distances and conduct disinfection of the set every day. It is understandable that daily testing, compulsory isolation period when returning from abroad, disinfection of rooms and surfaces, acquisition of respirators, has increased the film budgets, and thus next to the usual film budgets there are these so-called “Covid budgets”.

Safety protocol, if someone tests positive

Before filming begins, safety protocol is written, how to behave and what should be the following steps in the instance of a Covid-19 positive case. “If someone tests positive, immediately an additional rapid antigen test is conducted, in an attempt to eliminate the possibility of an error. If the second test is also positive, the individual is eliminated from the team and taken away to conduct PGR testing. All closest contacts are established, and they are also eliminated from the team immediately. Everyone is PGR tested, if they are negative – after a few days (incubation period), tests are repeated in an attempt to eliminate the possibility of infection. If the second test is negative – the individual returns to work on set. If the test is positive, the ongoing work is conducted according to their position – they either stop or work remotely. Of course, if an actor got sick – filming would stop, which would cost a lot, thus it is very important for us to be particularly cautious at work” – Artbox Producer, Violeta Drazdauskė, shared her experience.

During the pandemic, the international filmmakers are particularly cautious when choosing a country to work in and evaluate all the dangers related to the pandemic Corona virus situation, analyse the statistical data and volume of infections, follow decisions made by the local governments of the country where they intend to come to work. According to Producer Violeta Drazdauskė, Norwegians who are currently working in Vilnius feel safe, they see that the safety measures are in place, they see the behaviour of the team. Additionally, one of the safety features was taken onboard from their practice, that‘s daily testing.

Producer who has been working in the industry for many years has noted that in social sense the work on set has suffered greatly: “Humans have instincts to socialize, we need communication, hugs and social contact, and now we are trying to change those habits. Filmmaking is a lengthy process, in such a long time we would have all become close friends, the team on set becomes like a small family, thus this current part of the work where you can’t embrace your colleague or shake their hand is very saddening. It is like going against the human nature.”

Due to complex scenes, the budget of the second season is almost 11 mln. EUR (120 NOK). In Lithuania, a great share of the filming is taking place in Vilnius and its surroundings. State of Happiness has received a qualifying certificate from the Lithuanian Film Center to take advantage of the Tax Incentive. 116 people are employed in the project, of those 82 Lithuanians.