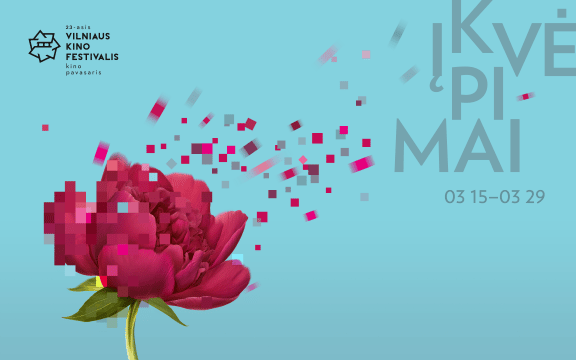 This year’s Vilnius IFF promises captivating meetings with filmmakers and actors. Starting March 15, the festival will be visited by dozens of guests, including independent film director Sean Baker, the star of his film, Lithuanian-born actress Bria Vinaitė, two renowned directors from Israel and more.

On March 15, festival goers in Vilnius will be able to meet with rapper and human rights activist from Sweden Silvana Imam, who is of Lithuanian and Syrian descent. The documentary film “Silvana” portrays her journey to fame using archival footage and intimate moments from her private life. Director Sean Baker will visit Lithuania together with the star of “The Florida Project” Bria Vinaitė, who was discovered on Instagram for her debut role starring opposite Oscar nominee Willem Dafoe. They will come to the screenings of this colourful and poignant film on March 19 in Kaunas and on March 20 in Vilnius.

Director Tom Volf will present his documentary “Maria by Callas: In Her Own Words”, about the iconic and influential opera singer. Volf will share his delightful stories March 15 and 17 in Vilnius, and March 16 in Kaunas. Partners in life and film Dorota Kobiela and Hugh Welchman will present their Oscar-nominated film “Loving Vincent”. The world’s first fully painted feature tells the story of van Gogh’s final years. Kobiela and Welchman will meet with viewers in Vilnius on March 21.

The controversial Israeli director Amos Gitai will visit Vilnius to present his latest documentary “West of the Jordan River”, which focuses on the Israeli-Palestinian conflict and its effects on ordinary people’s lives. The director will answer audience questions after the March 22 and 24 screenings. Director Savi Gabizon will also come from Israel to present his sad comedy about fatherhood “Longing”, meeting with viewers March 17 and 18.

Many filmmakers taking part in the Competition of European Debuts will visit the festival as well. Piotr Domalewski, director of “Silent Night”, Ana Urushadze, director of Georgia’s Oscar-candidate “Scary Mother”, Pedro Cabeleira and his “Damned Summer”, director of “Taksim Hold’em” Michael Önder and one of its stars Berk Hakman. The films in this competition programme will be awarded by an international jury, which includes Iranian actor Homayoun Ershadi from Abbas Kiarostami’s “Taste of Cherry”.